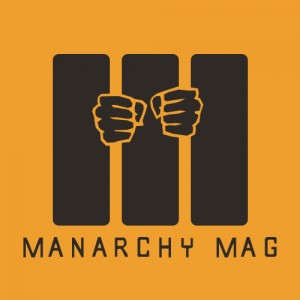 I’m contributing semi-regularly to a new column at ManArchy Magazine called Telecine. The term itself describes the process of transferring film to tape or disk. Of course, it also sounds like a cool amalgamation of “television” and “cinema,” which will be my areas of focus. Expect articles covering movie trends, retrospectives, witty observations about screens both silver and small, and maybe even a little technical how-to. Basically, similar stuff as what I covered back when GordonHighland.com was a blog called Medialysis, whose posts you can still find up top under the Blog drop-down, sorted by category.

ManArchy is a men’s magazine about topics from booze to body art, fashion to fiction. It was recently re-launched under new management, and I couldn’t say no when the offer came in. (Seriously, the editor blackmailed me.) Even so, the collective talent assembled is diverse and insightful. They certainly have their ways with words. In fact, nearly everyone on the contributing staff is someone I’ve either previously published alongside, workshopped with, or split bar tabs with. Many are all three, and include alumni from such online collectives as LitReactor, The Velvet, and Write Club.

Gordon Highland is the author of the novels Flashover and Major Inversions, with short stories in such publications as Word Riot, Black Heart, Noir at the Bar Vol. 2, and Warmed and Bound, among others. He lives in the Kansas City area, where he makes videos by day and music by night.
View all posts by Gordon →
This entry was posted in entertainment, multimedia, news, writing. Bookmark the permalink.