Here it is! She’s a beaut, eh? The artwork comes from the illustrious brush of Boden Steiner. He said the concept originated in my song “Costumes,” which is a nostalgic tune that’s partly about kids auditioning different personalities (“trying on costumes”) and figuring out what kind of people they want to become. The album’s larger themes are probably obvious from the title and his bold step into what surely will be flight, yeah? 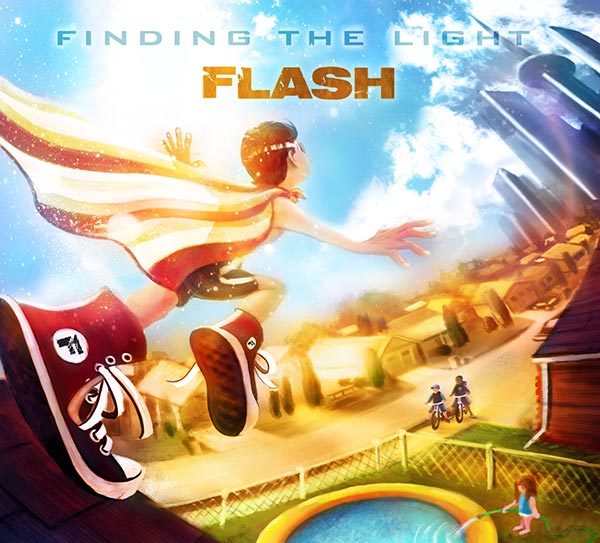 And here’s the back. This one’s sourced from stock, but modified heavily. It complements the lyrics to the title track, as well as illustrating the way the album loops from end to beginning. 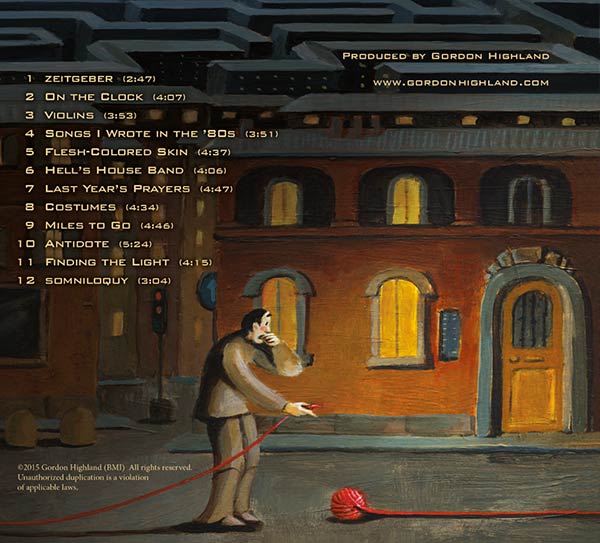 In case you missed the audio preview I posted last week, here’s a new version with something pretty to look at during those six too-short minutes. Sharing encouraged.

I’m expecting a mid-September release on CD, download, and streaming.

Gordon Highland is the author of the novels Flashover and Major Inversions, with short stories in such publications as Word Riot, Black Heart, Noir at the Bar Vol. 2, and Warmed and Bound, among others. He lives in the Kansas City area, where he makes videos by day and music by night.
View all posts by Gordon →
This entry was posted in music, news and tagged album, art, design, Finding the Light, video. Bookmark the permalink.