Everything on this page was written, recorded, and performed by myself (unless otherwise noted) in my home studio—Womb With a View—which is detailed on the Gear page. These songs may not be synchronized to other media, broadcast, or resold without my permission. All songs © Gordon Highland (BMI) except where noted. Lyrics available here. 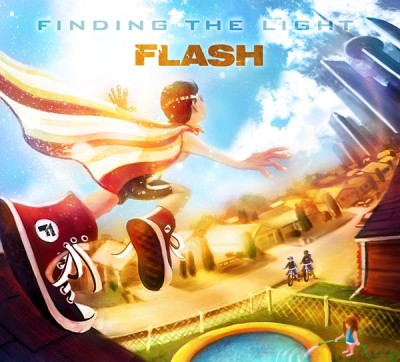 This is the first album I’ve made commercially available, released in fall 2015. It was a total DIY production crafted over the course of nine months, with me writing, producing, performing, and mixing every track in my home studio, whose songs form a loose theme: the fall and rise of a musician.

The amazing cover illustration is courtesy of Boden Steiner.

Visit the official Finding the Light page for purchase links (CD, download, streaming), digital booklet with lyrics, and some fun self-shot music videos. Or preview the entire album in the scrolling mini player below.

Some eclectic selections from the FLASH archives. All are solo recordings, and “Music Inside” features Beckie Robinson on vocals. 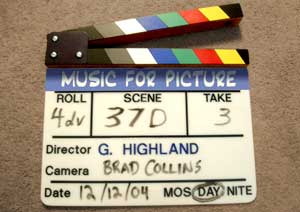 Here are some short music cues I’ve created for multimedia productions (video/film/web). Because many of these were meant to synchronize with on-screen events, the timing may seem odd in spots. All were produced very quickly on little or no budget, and I performed all the instruments, except on the the last two tracks, which feature Rod and Chad Caylor on drums and bass, respectively (I co-wrote, played guitar, and mixed). 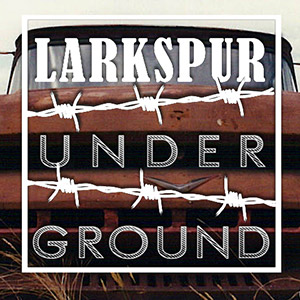 In 2018, I scored the serialized horror podcast Larkspur Underground, written and produced by Michael Paul Gonzalez in Los Angeles over 11 episodes. Read about that process in this post, listen to the score below, or download it free as an MP3 album version (ZIP) 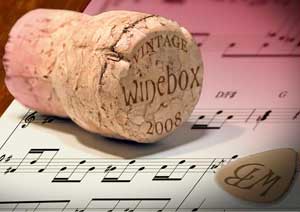 In 2018, we reformed Winebox as a band (‘2.0’), along with bassist Chad Caylor formerly of Molly’s Crush (below). I retired the piano and strapped on my ‘Texas Tea’ electric guitar while we pursued a new direction: groovier and sunnier, reworking some classics and making room for eventual originals. We recorded a demo as a three-piece (with drum programming), which I mixed in my home studio, then self-shot these videos one afternoon. A peek into the tasting room while we ready the next vintage.

Previously, in 2008, Winebox had reunited me with Shae Marie (formerly of Molly’s Crush, below). We stripped things down acoustically, playing a mix of our favorite covers from the last 30-odd years. Much of it was singer-songwriter material—and all of it soulful—with classic/modern rock, torch songs, and some jangly stuff. Shae handled the vocals and percussion, with me on guitar, piano, and harmonies. I also produced several recordings of originals in the same musical vein as well.

“A Musical Tribute to the ’80s.” This was a truly professional regional act with some high-caliber musicianship. We covered everything from Billy Idol to Talking Heads with a surprisingly soulful edge and the requisite dose of camp. Known for our genre-defying medleys, we kept the asses shakin’ and the bar tab open. Co-stars: Dirk Manley (Ed Costin), Roxy Britannica (Shae Marie), and brothers Rocko Starr (Chad Caylor) and The Reverend (Rod Caylor). I played guitar and sang all the backups, and produced the demo.

Spawned from a short-lived group called Pipe in late 1994, this reunited the Mr. Salty trinity, adding a second guitar and bluesy vocals. Four-chord modern rock with southern tendencies, spanning Pearl Jam to Collective Soul to The Black Crowes. Best known for “Here I Go,” which got regional airplay, Furley was largely the house band at a Maryville, MO club called Molly’s. Other players: Jon Kluiter, Pat Redd, Darin Casey, and Austin Howell. Darin and Austin split time with Des Moines favorite The McKenzies, for whom I also created a live promo video. Furley continued for another year without me, recording some originals at Westend Studios in Kansas City. In 2008, we performed an impromptu reunion gig in Kansas City. 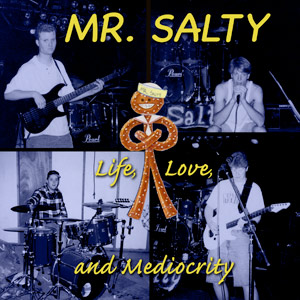